Discovering Barbados in the green-list era

Since Barbados was moved to the green watchlist on June 30, bookings to the Caribbean island have surged – Virgin Atlantic has reported a 300% increase – with visitors seemingly prepared to overlook form-filling and PCR testing for some yearned-for time in the sun.

On my visit in early July, signs of normal life were starting to show. Many of the bars and restaurants in tourist hotspot St Lawrence Gap on the south coast looked full (with most doing temperature checks), and there were at least three honeymooning couples from the UK in my hotel.

The entry process is pretty simple, if slightly time-consuming. I had to fill out a customs and immigration form, upload a negative PCR test and my vaccination certificate and download the Bim Safe App (bimsafe.gov.bb), which links all the details.

You then have to take another PCR test (costs vary) on arrival in Barbados and stay in government-certified accommodation until the results arrive, usually within 24 hours. Unvaccinated travellers have to quarantine for five days in an approved hotel or villa. Once you’ve been given the all-clear, you’re free to enjoy all that this most ‘British’ of Caribbean islands – English settlers first arrived here in 1620 – has to offer, from its miles of golden sandy beaches to its wide range of accommodation and famed friendliness. 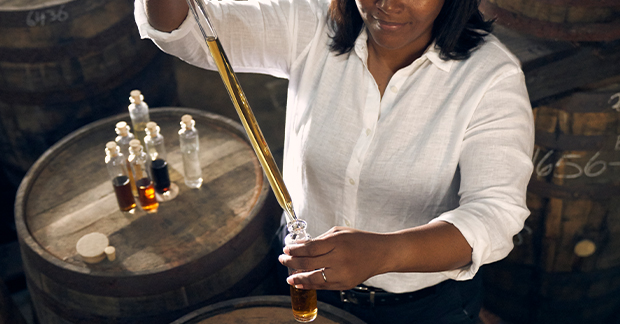 “I’d normally be handing out my Bajan treats but we have to make sure everyone’s safe and we comply with the rules,” says our guide Dawn-Lisa, as she takes us on a walking tour of Bridgetown, the vibrant capital of Barbados.

A Unesco World Heritage Site, the port town has the beautiful beaches of Carlisle Bay on its doorstep and is known for its British colonial architecture, 17th-century garrison and horse-racing track.

“We’re obviously very happy to see tourists returning, but it has to be a balanced reopening, whether that’s fewer cruise ships or visitors wearing masks in public and using hand sanitiser,” she says.

On a speedboat ride along the west coast’s calm turquoise waters, our skipper Pompidou, from Yellowfin Watersports, points out five-star hotels (Sandy Lane and The Sandpiper are arguably the swankiest) and the multimillion-pound mansions belonging to famous figures – Cliff Richard and Simon Cowell among them.

In contrast, Barbados’s untamed Atlantic coastline is much less developed (and harder to reach – the best way to get there is to hire a car or driver). At Bathsheba, the turbulent waves, driven by the northeast trade winds, make it a popular spot for surfers and bodyboarders. 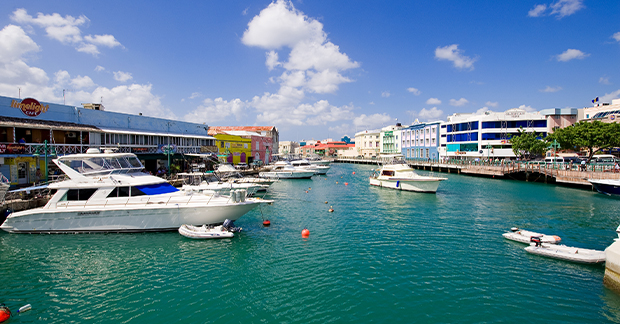 Nearby, Peg Farm and Nature Reserve in the parish of Saint Joseph makes an excellent and novel lunch stop. Using biodynamics and free-range animal husbandry as its guiding principles, the reserve is set in 108 acres of rolling countryside, with an open-air restaurant on raised decking offering 360-degree views.

Guests can choose from a range of organic salads, snacks and main courses such as ‘glazed hen’, which turned out to be among the best chicken I’ve eaten. For the adventurous, the farm also has a campsite and runs educational tours for adults and children.

A byproduct of Barbados’s main commodity sugar cane, rum has been produced on the island for more than 350 years, with Mount Gay officially starting to distil it in 1703.

Today, you can take tours of the Mount Gay distillery and others, including St Nicholas Abbey in Saint Peter, one of the oldest plantation houses on the island. Restored by current owners the Warren family, it has a museum and rum tasting room too.

A visit to a rum shop – essentially a wooden roadside bar – is a great way to get a taste of local life and maybe join in a game of dominoes. There are more than 1,500 rum shops on the island. Well-known ones include Braddie’s Bar in St Lawrence Gap and the Old Brigand in Saint Andrew, owned by boxer Nigel Benn’s aunt.

“Being on the breezy, palm-lined shores of Barbados is enough to make Covid a dim and distant memory”

On our last evening, sommelier Corey Sobers guides us through a “storied rum dinner” at the Colony Club’s Rum Vault, with its impressive collection of 150 labels from around the world. He pairs dishes such as coconut-crusted red snapper with alluring cocktails – Spiced Sorrel Rum Sour was a particular favourite.

What better way to clear a foggy head the next morning than with a beachside workout courtesy of Wolfpack Yoga? Being on the breezy, palm-lined shores of Barbados – whether stretching out on a yoga mat or sitting back on a sunlounger – is enough to make Covid a dim and distant memory.

Part of the Elegant Hotels chain (now a Marriott brand), the Colony Club, set on Barbados’s upmarket west coast, has 96 rooms and suites set in lush tropical gardens with soaring palm trees and lagoon-shaped pools. Its laid-back ambience lends a country-club feel and there’s a free water taxi to the group’s six other properties, dotted along the coastline.

Covid rules mean guests and staff are required to have daily temperature checks and wear masks in public areas. There’s a minimum 24-hour vacancy between guests, and plenty of hand sanitiser stations dotted around to offer reassurance.

A Pool/Garden View Room based on double occupancy starts from £215 per night, including a breakfast buffet that’s served at the table until restrictions ease. marriott.com 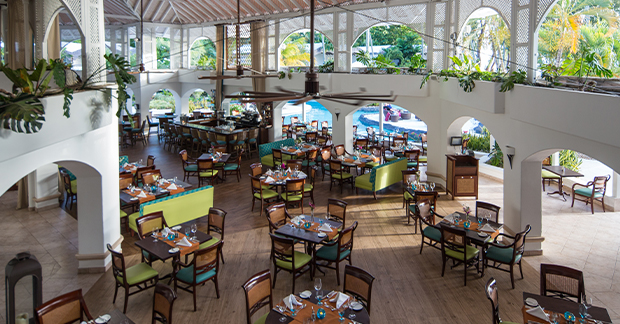 Virgin Atlantic flies direct to Barbados from Heathrow twice a week and will be offering daily services from July 25. The airline will also fly from Manchester three times a week from August 7. Return fares start at £335, including complimentary food and drink. virginatlantic.com

Caribtours offers a week at Colony Club from £1,899 per person, based on two sharing a Pool/Garden View Room with breakfast and Virgin Atlantic flights from Heathrow on August 27. caribtours.co.uk