The best culinary experiences in Greece

We round up the restaurants, food tours and cooking experiences from across Greece to put on your clients’ radar

Honed across more than 4,000 years and influenced by the likes of the Romans, Ottomans and Venetians, Greek gastronomy has long been revered – and from moussaka to baklava, it’s not hard to see what lures foodies to the country today. Fresh herbs and spices, just-caught seafood and perfect wine climes make it a go-to for anyone into the farm-to-table life, while a growing contemporary food scene adds modern twists to the menu. But how can you use the foodie hook to sell a break here? We’ve picked out some of the country’s best culinary experiences to help inspire you and your customers.

Think Greek cuisine, think fresh, juicy olives, and for clients wanting to go back to the roots, there’s nothing quite like an olive farm visit to get the taste buds tingling. Local tours specialist Greeking.me offers exactly that on its three-hour Olive Oil Tasting & Farm Tour in Athens, taking guests to a countryside cottage set on an organic orchard to learn about the production process, tour the farm and sample its olive oil, before tucking into an optional farm-to-table meal in idyllic surroundings.

Book it: The three-hour tour is bookable through tailor-made specialist Escape to Greece, with prices from £68 (optional lunch or dinner extra). escapetogreece.com

2. Learn to cook mussels in Halkidiki

Clients into their seafood? Direct them to Olymbiada in northeast Halkidiki, says Dudley der Parthog, Greece director at Sunvil. “The mussels there are rated among the best in the world, thanks to the optimum growing conditions,” he says. “They are cooked in many different ways – baked, steamed or fried – and all are delicious and healthy.” For a hands-on way to have a taste, the operator suggests a stay at Liotopi Hotel, which offers free weekly cooking classes for guests to learn the traditional methods and to taste their creations afterwards.

Book it: A week’s half-board at Liotopi Hotel costs from £846 based on two sharing, including a complimentary cooking demonstration, flights and transfers. sunvil.co.uk 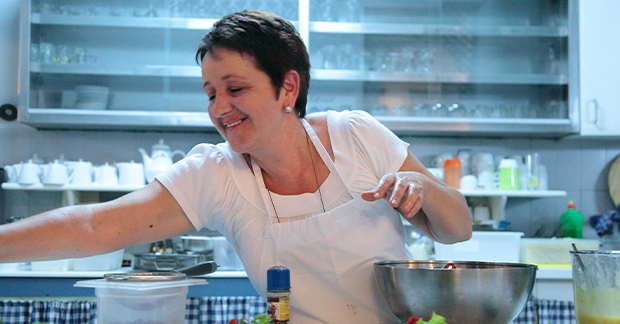 3. Paddle for your supper at Santikos

If clients fancy working up an appetite before they tuck in to their food, suggest Santikos Collection’s new ‘Paddle for your SUPper’ experience, just launched at its Marpunta Resort in Alonissos. Guests are invited on a sunset stand-up paddleboarding excursion to reach a secluded cove, where a candlelit dinner on the beach awaits. Tasting menus have been created by the head chef – think slow-cooked octopus, grilled red tuna, manouri cheese and beef – and rooms are a short stroll away so there’s no need to paddle back.

Book it: Olympic Holidays offers a week from £969 per person, based on two sharing with breakfast, including flights on July 13. olympicholidays.com 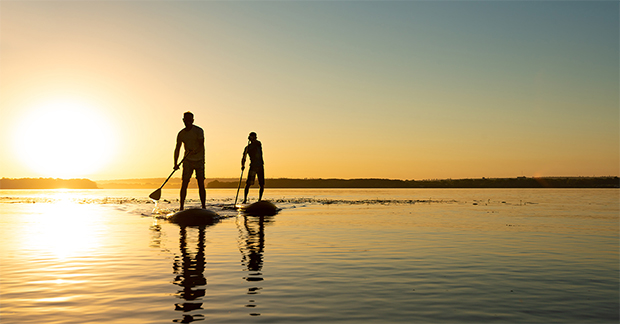 4. Dine at Peskesi restaurant in Crete

From fried snails to kalitsounia (cheese pastries), sheep’s cheese to slow-cooked lamb, Crete is one of Greece’s premier foodie hotspots, and the island isn’t short on tavernas in which to sample its specialities. But for one of the most authentic, Planet Holidays recommends Peskesi Restaurant in Heraklion. “It’s set in a restored mansion and serves traditional, authentic cuisine with the aim of reviving forgotten Cretan recipes,” says Harry Kyrillou, Planet Holidays’ aviation and commercial director. “Everything is either grown on their own farm or locally sourced, and you can’t leave without trying their rakomelo, a liquor made from Cretan raki and honey.”

Book it: Planet Holidays offers seven nights’ B&B at the five-star Aldemar Knossos Royal in Crete from £1,054, based on two sharing with private transfers and flights from Gatwick on August 31. planet-holidays.co.uk 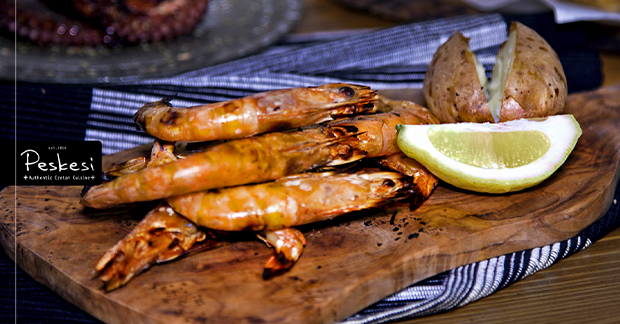 Direct foodies looking to combine culinary tastings with luxury living to MarBella Collection’s new ‘Greek Chefs Abroad: A Culinary Series’. The programme – taking place at the adult-only MarBella Nido in Corfu and new MarBella Elix in Parga – sees acclaimed Greek chefs returning from all over Europe for a slew of pop-up tasting dinners with an international twist. Stars to look out for include 2019 UK MasterChef winner Irini Tzortzoglou and international celebrity chef Yiannis Kioroglou, with events running from July to September, plus five-course dinners from resident chefs including Christos Alamanos, who earnt his stripes at the Michelin-starred Marcus restaurant at London’s Berkeley hotel.

Book it: Room rates at MarBella Elix start at £121 per night on a half-board basis. marbella.gr 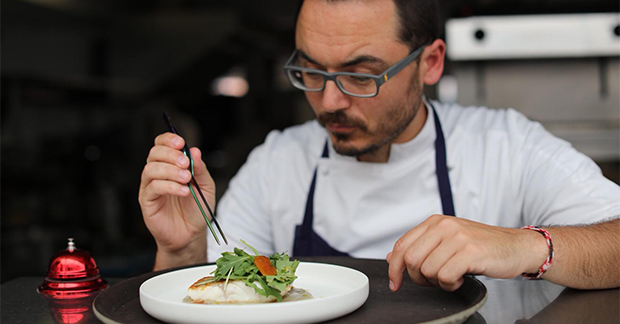 6. Eat your way around Greece

If the odd tasting here and there isn’t quite enough for your clients, there’s only one thing for it – Intrepid Travel’s Greece Real Food Adventure. This nine-day tour majors in all things gastronomic, with cooking classes, farm visits, market tours and other culinary experiences across the mainland. Highlights include a visit to an ouzo distillery in Nafplio, a stop at a pistachio farm in Aegina and a tour of regional producers in the Mani Peninsula, tasting homemade olive oil and honey fresh from the hive. Historical tours in the likes of Athens, Epidaurus, Mycenae and beyond complete the picture.

Book it: From £1,830 including accommodation, transport, guide, activities and some meals, with departures from September 16. intrepidtravel.com

“Greece has a long culinary history and each region holds its own when it comes to food and wine. From the assyrtiko wines of Santorini and the sofrito sauces of Corfu to the cheeses and mushrooms of Epirus and Macedonia, wherever visitors travel, they will get the chance to indulge in local culinary traditions. Visitors can’t leave without tasting fresh-from-the-sea fish with ladolemono dressing, the amazing variety of Greek cheeses, and the wines, primarily white wines such as malagouzia, vinsanto and nykteri. But besides its traditional culinary background, Greece is now experiencing a gastronomic revolution led by contemporary celebrity chefs, a new breed of winemakers and several Michelin-starred restaurants. For agents selling a late-season break here, highlight the advantages of travelling in the shoulder months. Some activities such as walking, trekking and even wine tasting are even better in the autumn due to the milder temperatures.”

Spain accounts for one in three Travel Counsellors bookings