“I’ve been here before,” I thought, as I walked into La Mare Wine Estate on a bright and sunny Wednesday afternoon. This was definitely my first visit, but it reminded me of a vineyard I’d once been to on the northern shores of Long Island in New York. But this time, I was in Jersey.

La Mare Wine Estate covers 20 acres on the north, hilly side of the island. The first vines were planted here in 1972, but the estate already had a long history as a working farm, dating back to 1797 when the farmhouse was built.

Today, it’s a jack of all trades when it comes to alcohol production. Jersey’s mild climes and the fact it lies on the same latitude as the Champagne region in France make for excellent grape-growing conditions, so it’s mostly known for its wines, with red, white, rosé and sparkling varieties. But those who aren’t too keen on wine needn’t worry: La Mare’s label proudly sits on a variety of other spirits, including vodka, gin, apple brandy and, in keeping with its farming past, cider.

A sample of its Jersey Branchage Cider kicked off our tour of the estate. The apples are never picked off the trees and are instead collected after they’ve fallen, our guide Graham told us, as we strolled around the grounds.

Inside, we learnt about the production processes for each of the spirits, getting up close to the wine fermentation tanks and casks that age the apple brandy, before discovering that the estate also makes food products, including chocolate and Jersey black butter.

“Sitting in the sun, taste buds treated, was nothing short of idyllic”

By this point our appetites were whetted, and we headed back outside to try some of the produce for ourselves.

Graham poured us generous glasses of the three wines to sample, with the last taster a choice between apple brandy and apple brandy cream. I opted for the latter and wasn’t disappointed – it was my favourite drink of the day.

Afterwards we tucked into a generous afternoon tea. This came with four types of sandwiches, a selection of cakes, and scones piled high with jam, clotted cream and, of course, Jersey black butter. I wasn’t convinced at first, but I soon found myself reaching for this cider-infused preserve instead of the jam.

Sitting in the sun, taste buds treated, was nothing short of idyllic. It’s not hard to see why La Mare Wine Estate has become a must-see stop for visitors to Jersey, and I have no doubt I’ll be back. 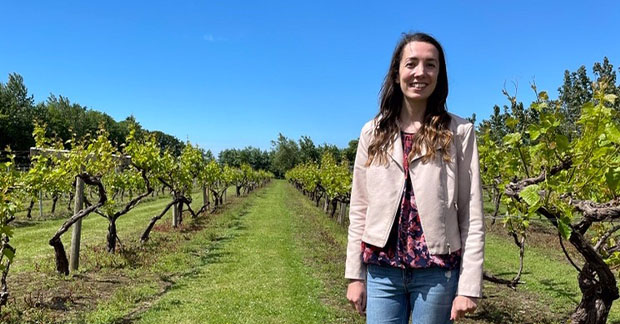 A tour, tasting and afternoon tea is included on Cosmos’s six-day Jersey Island Discovery itinerary. The next departure is scheduled for September 19, with prices from £695 including accommodation, transport, guide and some meals. Other highlights include an island cruise and the Jersey War Tunnels. cosmos.co.uk

Discovering Barbados in the green-list era

The best culinary experiences in Greece